The focus of this Photoshop project was to consider a lost loved one and what you remember of them. Incorporate those features into Loteria cards and display them in a way that reflects Dia De Los Muertos. I harvested various pictures from the web to create my backgrounds and stylize my La Loteria cards to reflect characteristics of my grandmother who passed away just two weeks after I graduated from US Coast Guard Boot Camp. She spent her life raising my brother and me since I was five years old. Before that, my mother told me that she made money as a cook while she raised her seven children by herself because all three of her husbands had died from ailments while they were living in the Philippines. I remember sitting with her at her bed side as she grew older and she would faithfully watch The Price is Right and Night Rider. Eventually, the most I could do to remind her that I was by her side as she spent more and more of her life in bed was hold her hand. Soon after, she kept getting pneumonia and slowly died of lung cancer… but she never smoked.

These picture incorporate these things, along with Filipino dishes and reflections of her religious beliefs in Catholicism. I hid a nipa hut behind one set of the playing cards to reflect the kind of home she lived in for most of her life. 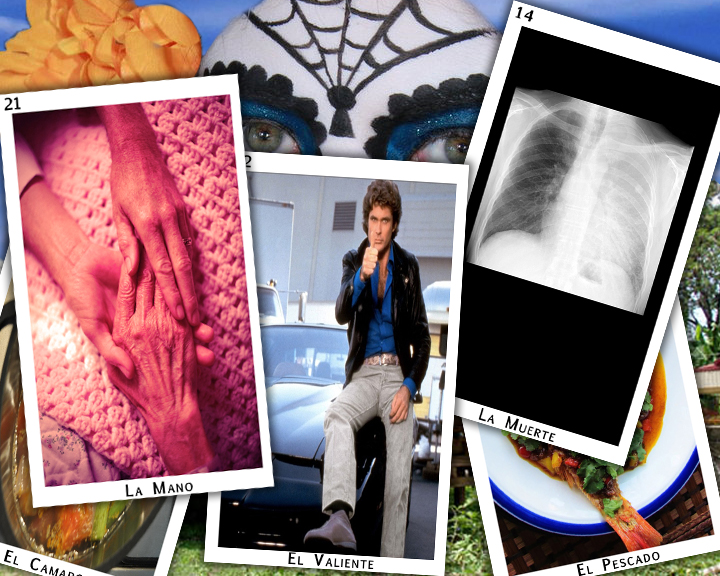 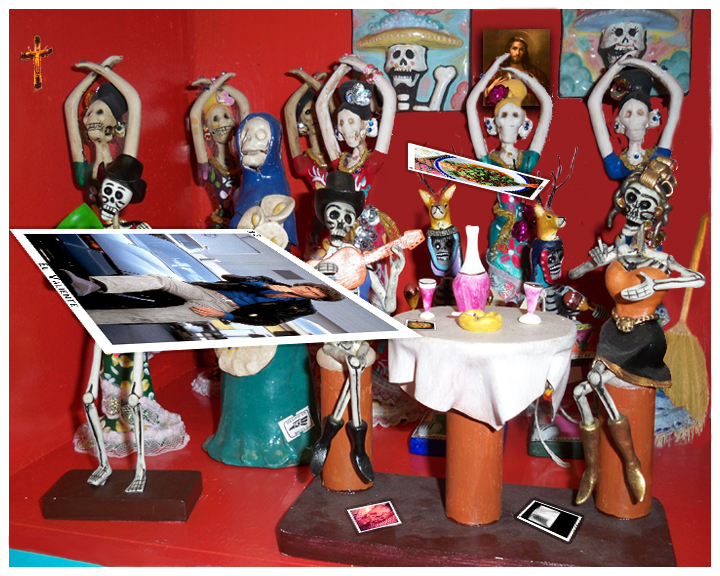