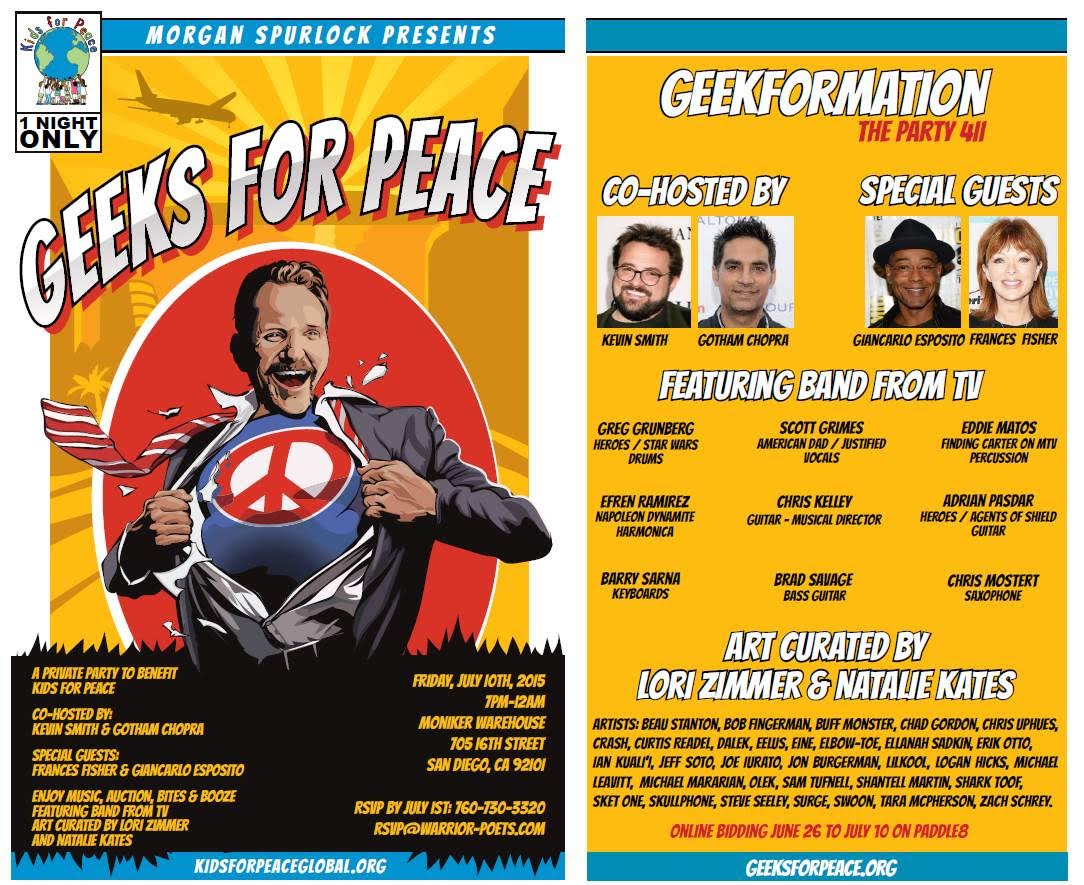 Morgan Spurlock, American documentary filmmaker, producer, screenwriter and political activist is calling for heroes to join forces with him and his harmonious team in support of future generations and the nurturing of a better world as they celebrate the very first Geeks for Peace gala on July 10 at 7 pm in San Diego’s Moniker Warehouse.

Geeks for Peace became a vision of Spurlock’s shortly after he was presented with the Peace Hero Award in 2013 by the young children of Kids for Peace, a nonprofit organization home based out of Carlsbad, California.  Spurlock was recognized for his work addressing society’s struggles and support of ecological preservation.  Kids of Peace presented the award “for his commitment to kids, peace, healthy living and using his voice for good,” as stated in the current press release.

Kids for Peace has been in operation since 2006 and focuses on working to teach children kindness, fairness, equality and to spread human decency.  Their motto, “Uplifting our world through LOVE and ACTION,” and to “foster peace through cross-cultural experiences and hands-on arts, service and environmental projects,” is presented on their official web site.

The events proceeds will go towards helping Kids for Peace to assist children in the United States, Pakistan, Iraq, Liberia and Kenya.

The evening’s events include musical entertainment by Band From TV, a silent auction, art auction, along with organic food and libations.

For tickets visit http://www.geeksforpeace.org/ and to learn more about Kids for Peace, visit http://kidsforpeaceglobal.org/