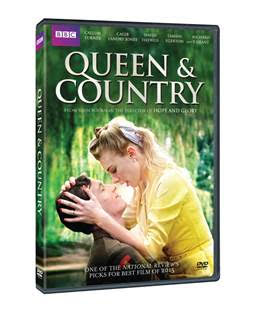 John Boorman (Writer, Producer, Director) is concluding his 50 year career in film with a love story, Queen and Country. The movie is a funny and touching story that reflects on the life of a young soldier who serves in the Korean War. The HD DVD has been made available in stores today, September 8. It has been a long awaited sequel to the Academy Award nominated movie, Hope and Glory (1987).

Distributed by BBC Worldwide North America, the film was produced by Merlin Films by John Boorman and Kieran Corrigan, and co-produced by Jean Labadie and Vlad Paunescu.  John’s earlier works include Point Blank (1967), Exorcist II: The Heretic (1977), Deliverance (1972), and Excalibur (1981).