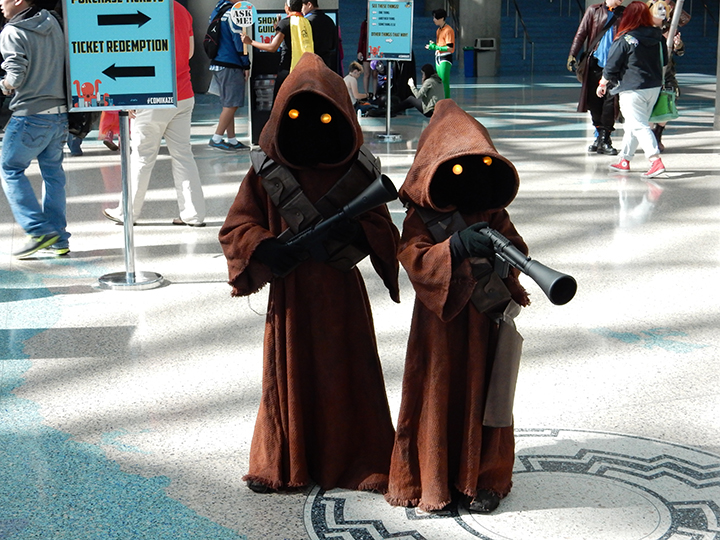 The sun has long set on the last day of Comikaze, but so much remains of the treasures and excitement from the weekend. The best was saved for last as Sunday was filled with Sleepy Hollow, Constantine, Gotham, the last of the autograph signings for Stan Lee and Elvira and the last rush for goodies on the sales floor. 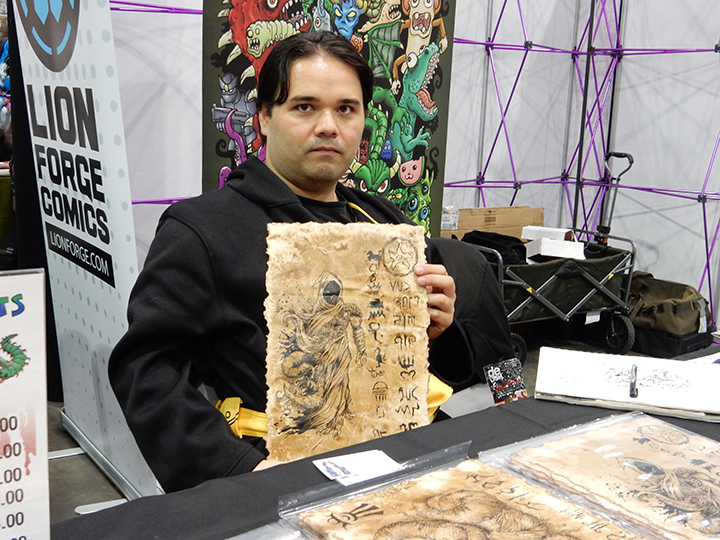 Parchments made and sold by the talented Mark Rivers.

So many vendors were selling one of a kind products that are hand made, often using recycled products, working to help a cause and collaborating to make a mark in the world. There were zombie children’s books, hand crafted products, paintings, prints, sculptures and so much more. New apps, like Stan Lee’s Hero Command video game app for Android and IOS coming out this December, and gumi’s Brave Frontier for Android and Apple products. The vintage video games were, once again, a huge hit and the space was always occupied. Even Robert Downey Jr. was seen enjoying the sites with his adorable daughter as he was disguised as Iron Man himself. 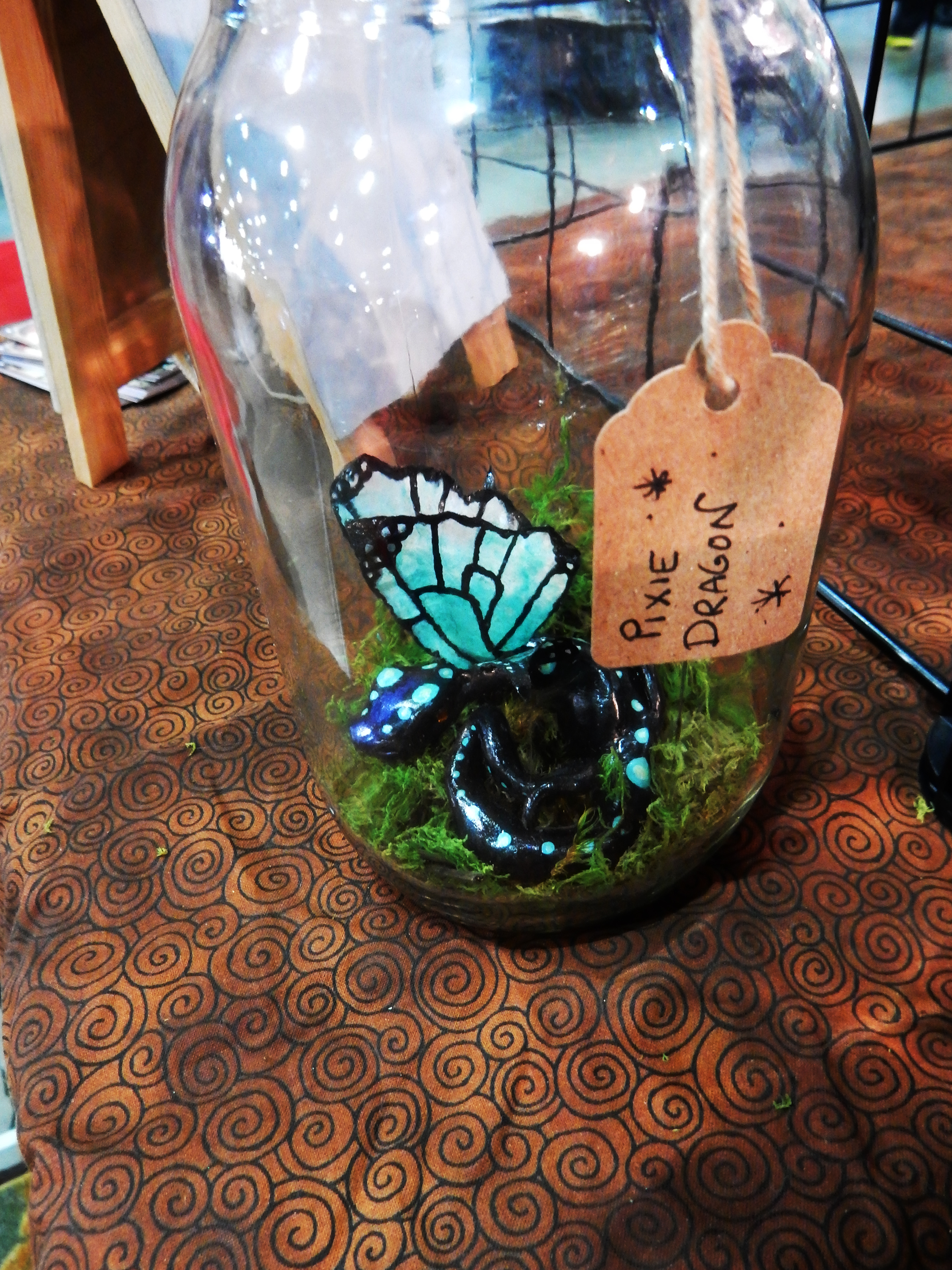 Pixie Dragon by The Goblin Bazaar 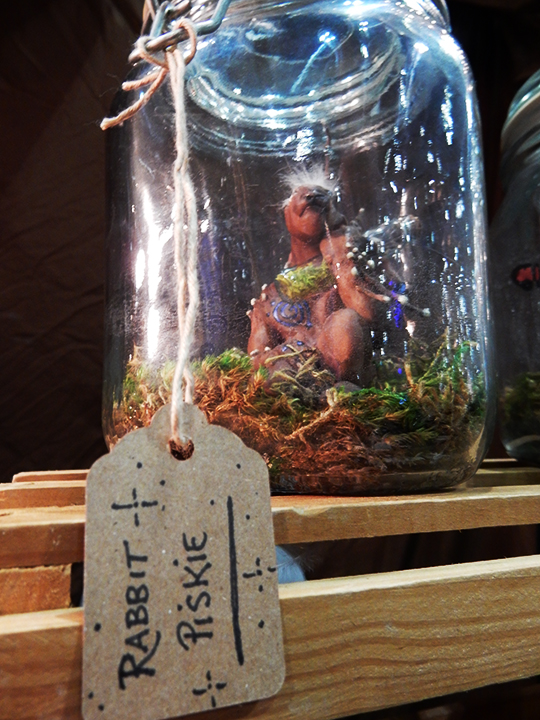 The Rabbit Piskie by the Goblin Bazaar 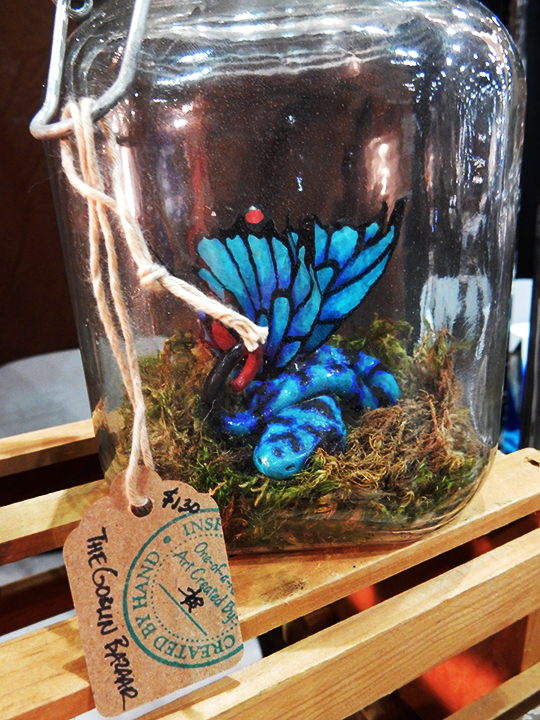 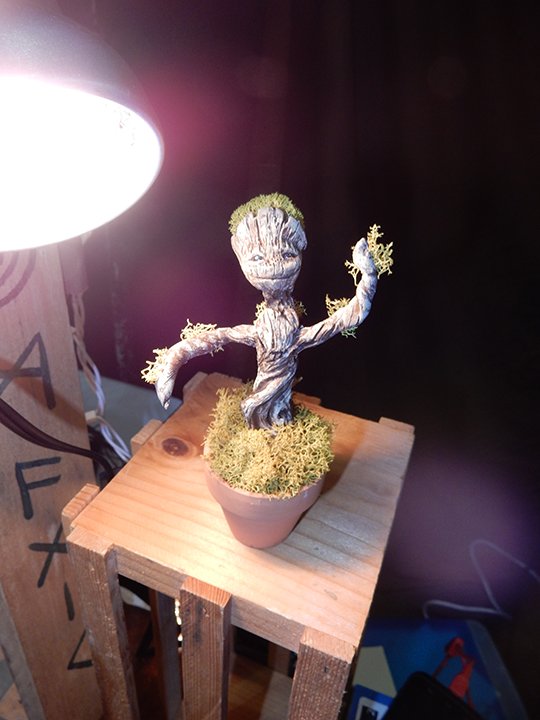 Sprout by The Goblin Bazaar 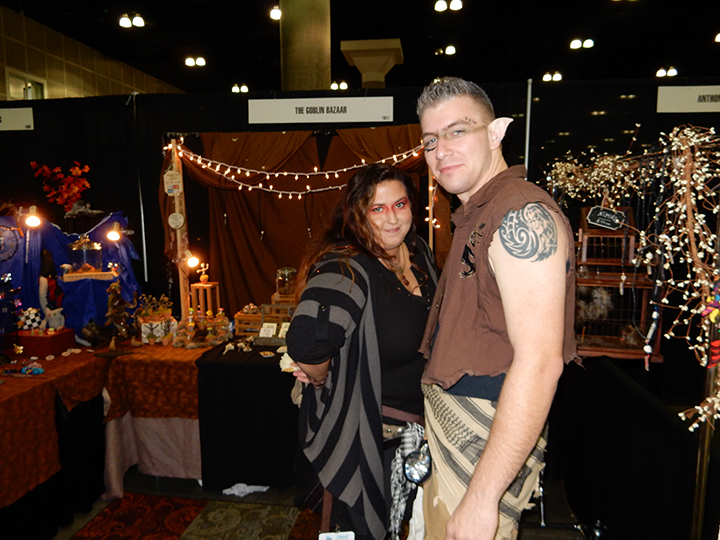 The talent behind The Goblin Bazaar

Stay tuned for detailed descriptions of events and groups that were interviewed during the weekends events.  So much to share!